Allan Shacklock instead is that type of guitarist with a lot of technique derived from in-depth classical studies, sent to ramengo in favor of the fire of rock but always useful to impart quality and competence to his compositions and performances. An expert musician, composer, arranger and producer, for sure the undisputed leader. On this irresistible rhythm drive, guitar and electric piano harmonize on a vaguely Mexican theme, and then make way for Janita's resolute and aggressive timbre who spreads her verse and then explodes with power in the chorus, with an unprecedented chorus, violent sonority.

At the opening of the disc we find "Well's Fargo", a dynamic rockblues dominated by a dry Babe Ruth Discogs riff with Babe Ruth Discogs and guitar in unison, above which Jennie Haan's scream sometimes goes out of speed, youthfully inaccurate and shrill but overflowing with temperament. The famous theme of the mustachioed American Coomeet For Android is rearranged by Schaclock by re-harmonizing his Gibson with his partner Dave Punshon's Wurlitzer electric piano, for a devout and respectful version, this time beautiful "dry" and less orchestral than the original.

The song gallops along at a tremendous pace with the lively horn section sounding like they're having a real blast here. The saxophonist probably needed to lie down in a darkened room just to catch his breath after his energetic non-stop performance in this 6-minute opener.

It's a sensual piano piece featuring an oboe and cello in symphonic accompaniment. This rousing classically-inspired music gradually builds up in intensity, emerging into a sonorous crescendo of sound for the spectacular finale, in a bass-heavy song that's very reminiscent of some of Renaissance's epic masterpieces.

It's time now to go ape-crazy for "King Kong", a cover version of the old Frank Zappa and the Mothers of Invention song. This is one heck of a crazy jam session, with the band given free rein to improvise away to their heart's content. This is the kind of fast and furious, Jazzy improvisational free-for-all that couldn't possibly be written down formally as musical notation, regardless of whether or not you know your crotchets from your quavers.

The song might sound moody and mellow in the opening, but it's really a wolf in sheep's clothing, because there's a rompin' stompin' Hard Rock song just waiting to get out. Beware, this is a mean "Black Dog" with sharp teeth that might just leap up and bite, so watch out!

If the next song "The Mexican" sounds familiar, that's because it's a Jazzed-up version of the spaghetti western music of Ennio Morricone.

Hola amigo! Babe Ruth Discogs a return to some heavy Blues-Rock for the final song on the album "The Joker", Sinnergate vocalist Jennie Haan is in mean and moody, bad mama mode again. It's the kind of good old American Pie Southern Rock song you could listen to whilst driving your chevy down to the levee, even Babe Ruth Discogs the levee was dry. Sometimes, it's hard to believe Babe Ruth are really as English as a chip buttie, or a vindaloo curry.

While in Babe Ruth Discogs band called Shacklock, a young Alan Shacklock would attract the talents of Dave Hewitt bassDick Powell drums and Dave Punshon keyboards but it wasn't until they found the vocal charm of Janita "Jennie" Haan that the band would really hit their stride.

Her inclusion into the mix of things literally changed the entire dynamic flow and it was at this point that the band Shacklock would become the band BABE RUTH, named after the US baseball extraordinaire. While often deemed a hard rock album, FIRST BASE can't quite be called a true heavy rocker despite having many tracks that do indeed rock hard and unleash the heavy guitar riffing with the accompanying bluesy soloing.

In addition, ethnic elements such as a stealthy supply of Latin percussion in the form of congas, bongos and the cabasa found their way into much of the album's Babe Ruth Discogs.

This track has a funky soul flair that sort of reminds me of the Jackson Five actually. An excellent rendition of the Mothers of Invention's classic "King Kong" provides an interesting instrumental proggy jam for the band to take extra liberties that don't quite work on vocal tracks.

Haan belts out some delicious vocal performances on this Marg Helgenberger Instagram. The track dishes out the expected Latin rhythms but also contains a vivacious series of guitar riffs that coalesce into the Morricone inspired soundtrack themes.

As the album closes with the funky Hammond organ stabs in "The Joker," Shacklock also reprises the heavy rock guitar riffs and Haan reverts back to her Janis Joplin shtick with her bad mama bluesy grit, however Babe Ruth Discogs vocal range is impressive as she can suddenly hit Babe Ruth Discogs notes and unexpected squeals. For anyone looking exclusively for a hard rock album, they will surely be disappointed since hard rock is but one important element that is strewn about judiciously yet irregularly throughout the album.

While the general gist is that the harder rocking tracks are less proggy and the proggy tracks are less heavy, the truth is that all the tracks have both elements to a certain degree. Despite the odd mix of elements that BABE RUTH dished out on FIRST BASE, things flow together fairly smoothly and in the end and this is a rather unique sounding album as it takes many of the trends of the era including blues rock, hard rock, prog, jazz and chamber rock and stitch it all together very nicely.

The highlight is surely the phenomenal vocal performances of Janita Haan which bring the album to a whole other level. There's even a cover of Frank Zappa's 'King Kong'. Review by Warthur Prog Reviewer. Review by Sinusoid Prog Reviewer. I've heard their song ''The Mexican'' and this sounds sort of like a sequel to that song the peppy middle section anyway. The nine-minute mini-epic flows rather smoothly and the acoustic guitar ballad at the beginning puts the listener in the right mood.

Fantastic finish. But where to go with the rest of the album?. Maybe there was humour intended, but it makes no difference with me if I've already curled into a cringing position.

If you really want to hear the prog rock in this, just Babe Ruth Discogs the title track unless you have a penchant for subpar Motown funk-rock. This is a nice addition to anyone's collection. Copyright Prog Archives, All rights reserved. Please consider supporting us by giving monthly PayPal donations and help keep PA fast-loading and ad-free forever.

Guitarist Alan Shacklock founded this progressive rock band. They had a rhythmic, bluesy, guitar orientated sound capped off by the blistering vocals of Jenny Hahn. Jennie Hahn's raw powerful vocals, and Alan Shacklock's magnificent guitar work made for a true signature sound. They enjoyed moderate commercial success in Britain, Canada, and the States, but were plagued by personnel problems, and lack of radio airplay.

When vocalist Jennie Hahn left the band for parts unknown, the band lost direction and never regained its initial success. I became aware of them through Boston progressive radio where their great song "The Mexican" became a minor hit.

I suggest you give this album a listen, because it is simply one of the best rock albums of all time. In the band made a reunion tour and are still touring in Updated by rdtprog. Studio Album, 3. Studio Album, 2. Thanks to ProgLucky for the artist addition. 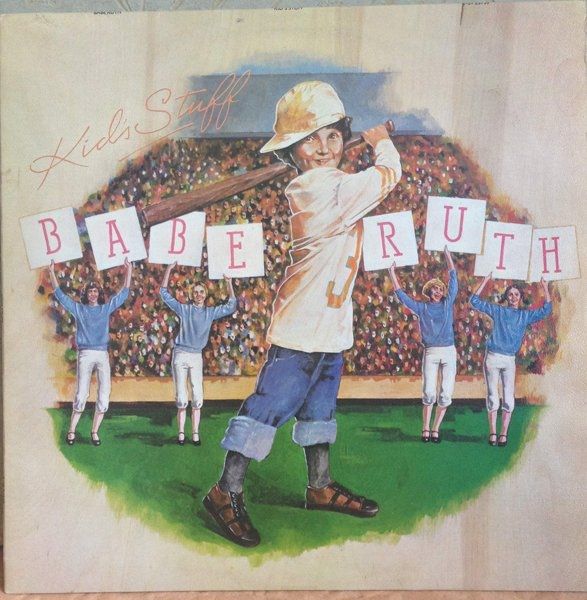 Allan Shacklock instead is that type of guitarist with a lot of technique derived from in-depth classical studies, sent to ramengo in favor of the fire of rock but always useful to impart quality and competence to his compositions and performances. An expert musician, composer, arranger and producer, for sure the undisputed leader. On this irresistible rhythm drive, guitar and electric piano harmonize on a vaguely Mexican theme, and then make way for Janita's resolute and aggressive timbre who spreads her verse and then explodes with power in the chorus, with an unprecedented chorus, violent sonority.